Batang X. For kids who grew up in the ’90s, that name conjures up images of 5 young superheroes

Directed by Lore Reyes and the legendary Peque Gallaga, Batang X is a 1995 film whose popularity spawned a comic book series

and a short-lived TV show in ABC 5.

It is the story of 5 ordinary kids who were kidnapped by Dr. Axis (Aiko Melendez) to carry out her plans of stealing a powerful material which will then be used to propel her space ship back to the outer space.

was just another X-Men wannabe. But for those whose childhood was spent idolizing KidLat, 3-Na, G:Boy, A-Gel, and Control, nothing is more delightful than knowing what happened to the actors behind these unforgettable characters.

Here’s another nostalgic “Then and Now” list dedicated to our all-Filipino childhood superheroes. Then: We remember John Ace as Anghel, the crippled younger brother of Kiko (John Prats). From being a disabled boy with crutches, Anghel suddenly gained the ability to fly, hence his superhero name “A-Gel.”

Now: John Ace is apparently not active in showbiz anymore. In 2010, however, an article

revealed that he was working both as a call center agent and a rap artist (alias “Blain Wika”) under a recording company owned by hip hop pioneer D-Coy. Then: JC rose to fame as Bugoy whose alter ego, G:Boy, was known for his superhuman strength. After his stint in Batang X, JC starred in a few movies directed by Peque Gallaga. He also became part of  Age of Wonders, the singing group behind the Dragon Ball Z

theme songs, before his family moved to the US in 1998.

Now: JC now lives in Tacoma, Washington and works for Cycle Gear, one of America’s largest retailer of motorcycle parts and apparel. Find more about JC Tizon on Facebook Then: Another product of Ang TV, Janus Del Prado portrayed the role of Control, the mysterious yet smart member of Batang X.

Now: Since his stint in Batang X, Janus has enjoyed a steady showbiz career. He starred in many TV shows as well as movies such as One More Chance, The Reunion, and most recently, Four Sisters and a Wedding. 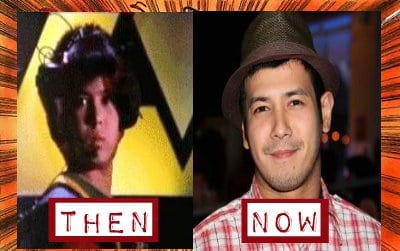 Then: Sharing almost identical superpowers with X-Men‘s Cyclops, KidLat was portrayed by John Prats, another homegrown ABS-CBN star. Inarguably one of the most successful among the original Batang X stars, John appeared in popular TV shows such as G-mik and Ang TV.

link to How to Write a Concept Paper for Academic Research: An Ultimate Guide

A concept paper is one of the first steps in helping you fully realize your research project. Here's a definitive guide on how to write one.

Continue Reading
link to How to Choose a Course in UP: A Guide to Quota and Non-Quota Courses

Learn the truths and myths behind quota and non-quota courses in UP, as well as tips on how to pick the right course.